​The Sinte Gleska University Press / SGU Publishing extends the University’s mission of education, research, and community service by promoting, publishing, and the dispersement of works of intellectual and cultural significance and perpetual value.

A MESSAGE FROM THE PRESIDENT OF SINTE GLESKA UNIVERSITY: 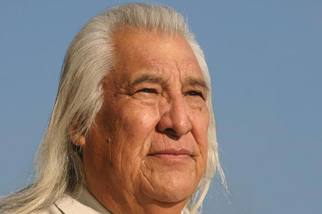 Sinte Gleska University was founded by tribal visionaries and spiritual medicine men during an era of declared self-determination.  As such, Sinte Gleska University has assumed a role and responsibility as an education catalyst to promote intellectually and academic reviewing and analyzing our legislature and policies of tribal-federal relations.
The Sinte Gleska University publishing initiative seeks to publish stories and writings consistent with tribal nations and their efforts to define, declare and articulate tribal pathways of life to strengthen our tribal nations through spirituality, treaties, self-determination and education.
Was'te yelo – Wopila (It is good – thank you)
Lionel R. Bordeaux, President

DONATE: WAYS TO SUPPORT SINTE GLESKA UNIVERSITY/SGU PUBLISHING
<
>
We need your help and generosity to keep SGU Publishing alive and continuing with high quality, educational and cultural publications. Please click the DONATE button to give today for your tax deductible gift. Wopila! Thank you!
A unique way to help SGU PRESS/PUBLISHING is by becoming a book backer and underwriting the production of a title. Being a non-profit tribal institution we struggle daily with financial road blocks. Running SGU Publishing at a high quality rate takes money and your generosity. Becoming a Book Backer helps pay an outside editor and layout designer, and also the formatting for both print and digital editions of project. A Book Backer will be acknowledged in the book notes and any promotional advertising/marketing (if they choose to be). Book Backer commitments fall in the $500.00 range for an individual and the $1000.00 range for a company or family and are tax deductible. Contact Debra Bordeaux or Kathy Boyd if you would like to become a Book Backer.
​The Sinte Gleska University Press / SGU Publishing extends the University’s mission of education, research, and community service by promoting, publishing, and the dispersement of works of intellectual and cultural significance and perpetual value.
Please visit the SGU FOUNDATION website to learn more

SGU Publishing is accepting submissions from authors, scholars, students and the public. Please email a book prospectus first rather than a complete manuscript so we can more quickly decide if the published book is a fit for SGU Publishing.
​
Please email your book prospectus to Jim Cortez/SGU Publishing
SGU PUBLISHING is a copyright and branch of SINTE GLESKA UNIVERSITY. No element of this site may be used without permission.
©2018 All rights Reserved.